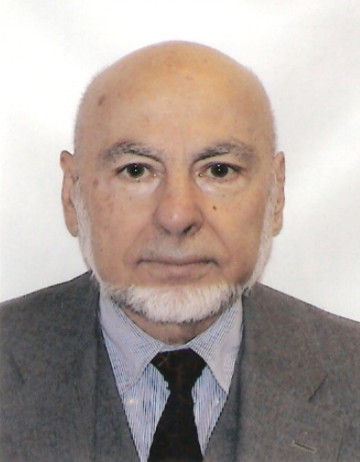 One of the current soundbites that the Virus brought in its trail was invented shortly after the onslaught of the Recession in 2008. “Never let a good crisis go to waste” or words to that effect. The ongoing global pandemic is such a crisis and, for many in the US with elections round the corner, too good a crisis – too good an opportunity -- to waste. No wonder that all sides of the political spectrum, with an eye to the coming elections of November 2020, have weaponized the virus and use it instrumentally in ways that give the impression that all the country’s troubles, all the blame in other words, can be pinned on one individual – the President or Governor – or one particular group.   Sometimes a country is blamed; one that we like to call an adversary. It happens to be large, not amenable to pressure, but also a major creditor to the US, to the tune of a trillion dollars or more. Deflecting responsibility on such a country for damages that accrue from the pandemic is all the more convenient because the target country is different from us in many important respects. We can target both the country and its political system but, more than anything else, on account of the fact that, in the words of a senior official speaking at a NATO meeting in November 2019, “it does not know its place” and needs to be reminded and reprimanded, accordingly.

On the other side of the spectrum, the virus epidemic upended a process of choosing the democratic candidate for the November election (primaries), which still in January – February appeared to favour leaders from the progressive wing of the Democratic party. Suddenly, “Stopping Bernie”, became a prime objective. Recalling how “progressives”, in contrast to the “moderates”, were criticized as “radicals” or as “extremes”, for merely advocating universal health care coverage, it is nothing short of astounding how the COVID-19 pandemic has changed the political landscape, as well as political narratives. Quietly, health care for all moved into the mainstream of political debate. It ceased to be “extreme” or “socialistic”. There can be little doubt that, borne of this pandemic, the economic crisis which is upon us brought to the fore  shortcomings of the regime in place but also, very forcefully, the systemic properties of policies and practices that had so far been treated in isolation. Suddenly, millions of workers laid off without a job, also found themselves and families without any medical coverage. True, the government stepped in to succour those in need. However, this demanded truly “reinventing government” -- the “source of all our problems”, in the words of President Reagan, speaking at his inauguration in 1981. By April 2020, this “government” and the public sector at large had morphed into a “solution”, to some a miracle worker. It became the Banker-in-Chief, Paymaster-in-Chief, Doctor and Epidemiologist, Headmaster and Educator, even Therapist-in-Chief.To be sure, after more than three decades of laissez-faire neglect, parts of the Administration under-performed in the crisis. Even in New York City and New York State some services displayed shortcomings and imperfections, that had not been suspected before. There was criticism galore, though most of it was targeted on your political rivals, of the right or of the left. The criticism was mostly directed ad personam, overlooking the fact that shortcomings were not born yesterday but may date back, in fact, to the 1980s or 1990s.

Looking forward to the day when we go back to “normal”, what may we all expect? What will the “new norm” be? There can be little doubt that, if the powerful lobbies which influence policy choices on the Federal and State levels have their way, the “new norm” may not look very different from the status quo ante. This would be a thousand pities. The crisis yielded lessons regarding strengths and weaknesses in the institutional framework, which went unnoticed previously in times of plenty. First and foremost, is the fact that, though stripping institutions and the Administrative State of their political context is both unrealistic and, arguably, even perilous, going to the other extreme might well prove even worse; policy options used instrumentally, in pursuit of party or personal goals, often deflecting attention from truly important challenges that lie ahead. After slightly more than a year of almost unstoppable progress, the economy is now shrinking worldwide. We read in the papers today that, during the first quarter of 2020, the virus shrunk the economy of the US by 4.8 per cent (Wall Street Journal, 4/30/2020, p. A1). In the UK, it borders 6 per cent. Significantly, assurances have come from the Fed.; its chief announcing today that government spending would grow in order to contain the damage from the virus. Another top professional in government, a doctor and epidemiologist, was also there to reassure us with science-based advice. The people trust professionals. Though using critical issues instrumentally for party political goals may be a common practice, this practice can be carried too far, with mostly negative outcomes not only for the policies but also for democracy and public trust.

What the pandemic brought into sharp relief is the gravity and extent of income inequality in society at large. Its salience is compounded by the sway of such disparities and the measure of their impact on minorities -- Afro and Latin American, as well as women in general. In New York, in particular, thirty per cent were asked to bear the brunt of the COVID-19 pandemic. Not less importantly also, Afro- and Latin Americans were overly-represented among the first responders and, therefore, the most vulnerable. Many died on the line of duty; all gave of themselves unstintingly.

Over the past three decades, disparities have grown, exponentially in fact, in terms of wealth and income but also in terms of health as well as dispensation of benefits and prospects. Will this be allowed to continue? Is democracy compatible with such measures of inequality in public life? Can a “good society” accept that minorities of colour, the homeless and the aged and the poor including women may be treated as no more than second-class citizens? For my part, the lesson to draw from the plight of this pandemic is that government is there to mitigate this plight but also spread its impact more evenly and equitably. Such ought to be the role of the Administrative State. We need to reinvent the values of our profession and goals in public service.  We need the Administrative State but also need to stress even-handedness, ethics and equity on a level or beyond efficiency and effectiveness.  What first responders showed is that a sense of mission and dedication to service is what it takes in order to restore the Public Service to its rightful role and place.