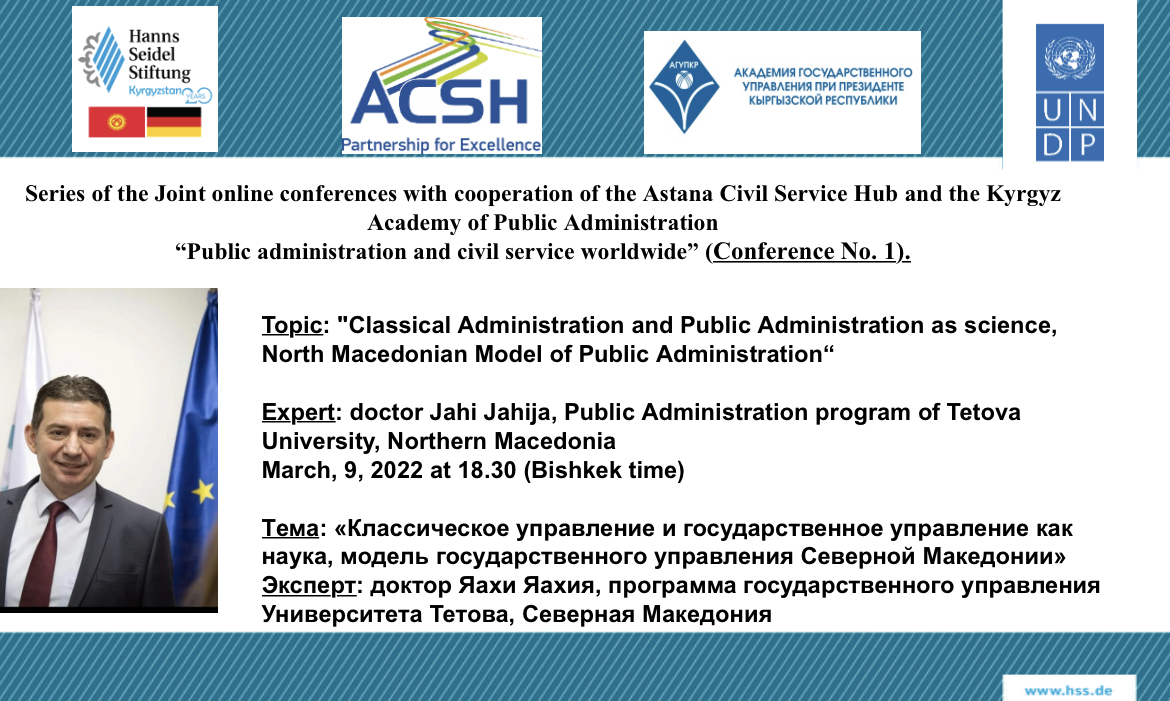 9 March 2022 was the first day of a series of online lectures by leading practitioners and scholars in the field of public administration, organized by the Hanns Seidel Foundation in Central Asia jointly with the Astana Civil Service Hub (hereinafter – ACSH) and the Academy of Public Administration under the President of the Kyrgyz Republic (hereinafter – Academy) for students and graduates from the countries of the region.

The rector of the Academy, Professor Almazbek Akmataliev, Chairman of the Steering Committee of the ACSH, Alikhan Baimenov, Head of the Representative Office of the Hanns Seidel Foundation in Central Asia, Dr. Max Georg Mayer, delivered opening remarks.

In his welcoming speech, Mr. Baimenov noted the long-term fruitful cooperation of the ACSH with the Academy and the representative office of the Hanns Seidel Foundation, emphasizing that the ACSH strongly supports the efforts of governments, management schools and research centers of the participating countries in their quest to make the civil service more efficient.

The audience of the lecture was the faculty and undergraduates, as well as graduates of the Academy, who showed great interest in the experience of North Macedonia.

This year, it is planned to hold 6-8 open lectures with the participation of well-known experts and practitioners from participating countries of the ACSH on the most pressing issues of public administration.